This week I have had a bit of a wake up call. Most of you will know that I ran a marathon on May the 6th.  Over the following three weeks I didn’t do much and when I tentatively started again I found that I had some pain in my right knee 😦

I decided to take it easy for a bit, concentrate on stretching and maybe cut back on the running a bit. 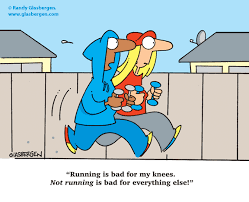 The obvious way for me to do this was to return to the gym for a bit. This in itself was a bit of a wake up call. My core and upper body strength was completely shot to pieces. I had obviously been neglecting this far too much. 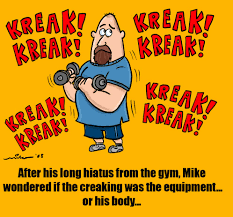 In between gym visits I carried on running. Sometimes my knee was fine and others I had to keep pulling up with pain. Being inconsistent I decided that it was probably not too serious but did visit the doctor.

I have to say that I was very impressed. I got an open referral to a physio. I went along on Monday and had a 15 min ‘triage’ appointment. 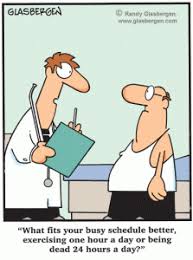 I am right it is not serious. Apparently I have ‘runners knee’. The obvious response to this is that of course I have! It is obviously a relation to ‘tennis elbow’ and ‘policeman’s foot’! In other words common complaints due to consistent use.

I can live with this. It is not serious and I can get it better. The worst bit was when she did the assessment. it would appear that it is not only my upper body and care that is weak, my bum and some of the muscles in my legs as well.

I have been given some exercises to do. Fine except that the exercises I have to do are ones that I used to not be able to see the point of. I can now! 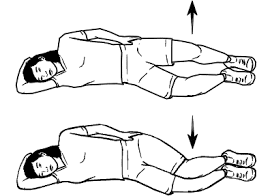 2. The squat with a pillow

I also have to Streeetch.

So what do you think? Am I just getting old?

I shall let you know how I get on.