Sorry for the complete silence recently. We have a family member that is really poorly. That has taken priority as well as a lot of emotional energy. Hopefully the emotional rollercoaster has stabilised a bit.

This run came close on the heels of the previous 2 but was no less enjoyable. It was also in a part of the county/diocese that I had very little knowledge of as it is not somewhere that I go very often. Unfortunately I did not have any volunteers to run with me this week but instead I had some very detailed directions as to the route I should take. 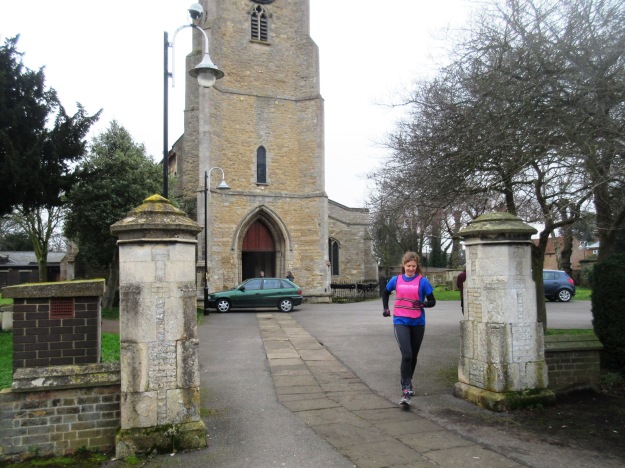 I set off having had the obligatory photographs. I am constantly amazed that people turn up at 9ish on a Saturday morning to wave me off.

As I had done three of these runs this week it meant that I had missed out on some of the other training runs that I do in order to fit them in. For some odd reason I decided that instead of just completing the distance today I would include intervals within it. I did 1 mile warm up and then started to run 0.25 of a mile at a faster pace followed by a recovery of the same distance. I figured that I would probably end up walking the recovery section but in reality I was surprised by how good I felt. I managed to run them all, and at a pace that I was pleased with.

Half way I passed through a place called Doddington where I was met by some more lovely people (I was a bit more sweaty than normal but nobody seemed to mind.) 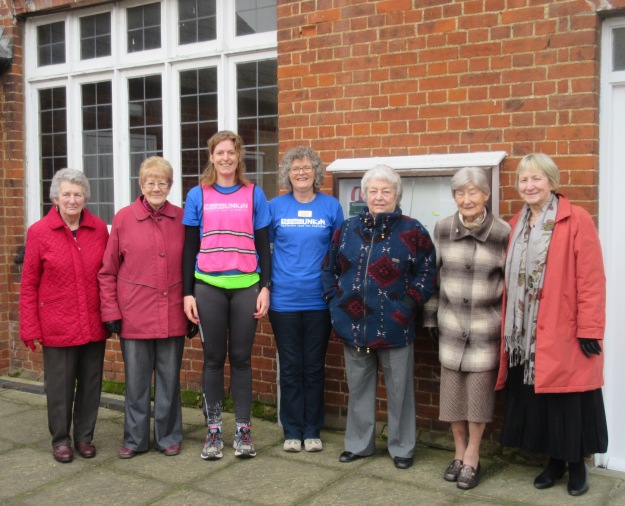 I didn’t stay long which always feels a bit rude seeing how these people have made the effort to come out and see me but if I hung around I would get too stiff. A bit further on and I completed my last interval (narrowly missing out on being tripped over by a dog!) and then I entered March. When I don’t know a place and I arrive I think that the run is nearly over and today, of all days I was ready to stop. Unfortunately it was one of the occasions when I had quite a lot further to go. I passed a church near the edge but this wasn’t where I was headed. I had about another mile to go. This is really cruel as my brain had thought I was finished, only to have to carry on. Pure torture. I was in fact, headed right in the middle of the market town.

As always it was worth getting there. I was presented with a medal which always has to be worth it! I think this medal was almost more appreciated than the one I will get once I complete the marathon as it was so unexpected!

There was also a coffee morning (tea is always very welcome) and we sat around and had a really lovely chat (well I mostly chatted and everyone listened but there was some discussion!).

All in all another lovely run. I ran in a new place, met some amazing people, surprised myself with how well I managed to complete my intervals and got more miles under my belt.

4 thoughts on “Chatteris to March”