(No not that kind of wind – the weather sort!)

Us Brits are always talking (usually moaning) about the weather, myself included I might add. Last week it was the snowy, icy and freezing conditions that we had to put up with. (Here and here) So when the snow and ice all melted over night (literally) and the temperature reached the heady heights of 9′ I was almost jumping for joy – running would now be so much easier.

All the many layers would not be needed. (all that added weight!) 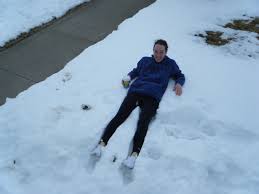 And there would be less chance of this happening.

Setting off for a run on Sunday with 1 long sleeve top and 1 pair of leggings, no gloves or hat, I was expecting it to be a very enjoyable run.

The one thing I had not figured into the equation? WIND. Hmmm. Seems that nothing is as easy at it seems. I was left wondering if I preferred the cold, icy weather to the wind. I certainly made more progress in the ice!

At my last (windy) race on New Years Eve I (foolishly) declared that I would not avoid running in the wind (as I had been) because you cannot dictate what the weather is like on a race day. Very good sentiments I am sure. In reality it is so much harder. It got me thinking – how much effect does the wind have on running performance?

An article that I found on Runners Connect quotes some research that has been done in a wind tunnel. ( L.G. Pugh in 1971) He measured the effects on Oxygen consumption. Not surprisingly the energy required increases as the wind does! He also tested the benefits of running 1 meter behind another runner – 80% decrease in wind resistance. None of this will surprise any of you. What is interesting however is that another study by  C.T.M. Davies in 1980 found that running with a tail wind only gives you half of the energy back that you use when running into a head wind. Although this may be fact, it feels a lot easier when compared with running into a head wind and so mentally has more effect than that (my opinion only!).

So how do I use this information?

On a Runner’s World Forum there were 2 pieces of advice. The first was to run to your normal effort. This would obviously be slower than your usual pace due to the extra effort that is required when running into a wind. The second was to work harder to keep your pace at your normal speed. The danger of this is that you will pay for this later in the run due to the extra energy used earlier on.

As for me – I think I shall try not to shy away from running on windy days and view them as good training sessions, despite not giving me the times that I would normally expect. I will not get disheartened (hmmmmm). I shall obviously let you know how that one goes!

What is your strategy when running in windy conditions?

(click on any of the images to take you to their place of origin!)

This is what I woke up to this morning! Cold (-4) and very foggy!

Got frosty hair walking to school and could hardly breathe so didn’t train outside. Punishment = 50 minutes hill, sprint program on the treadmill! Enough?

Like most of the country I woke up this morning to frozen, half melted snow (an English specialty I believe!). At 07.15 I received a text from my friend asking me if I was going to go running this morning as planned. My answer?’ ????’ My gut feeling was that the chances are that we would slip and end up breaking a bone thus scuppering all future training. The sensible thing, therefore, would probably have been to miss this one in the hope the terrain improved for tomorrow.

But NO. We are not talking about any runners here – we are hard-core. The real deal. After a quick discussion having delivered our children to various places we came to the conclusion that we had 2 choices: Run on the roads that had been gritted or run on grass. In the end we plumped for the grass option.

We ended up running around this field a few times. 7 times to be exact. It was not at all easy – very cold (not great for my asthma), foggy (did I mention that), an icy wind, uneven and wet but, importantly, not icy! I found that I used different muscles than usual. 3 miles felt like 10!

Annoyingly the ice disappeared through the day and had we waited we would have been able to go on the roads. Still we had a good workout and you never do know what it will do later. It may have got worse.

Have you done anything like this or are you far too sensible?

We had a snowman cheering us on! (you need to look very carefully!)

We are hoping the weather improves for our training runs later this week!