This is what notsogranny said about ‘my’ personal trainer because whenever I sat down for any length of time on Sunday I stiffened up and ended up hobbling along. Saturday morning I had been put through my paces, for the first time in 2 weeks, and I was suffering! 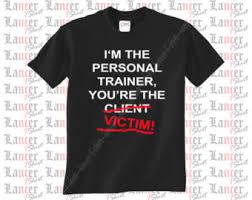 You may remember that when I was training the London Marathon last year, my biggest fear was that I would get injured. In an attempt to combat this I booked some sessions with a personal trainer. The idea was to strengthen all the supporting muscles that don’t actually get used that much in running. I know I was surprised too – there are some muscles in the legs that don’t get used that much in running!

Due to my illness I didn’t use many of the sessions that I had paid for but have now been trying to meet regularly with him. The sessions may appear to be quite ‘easy’ to some as I am, not huffing and puffing or sweating profusely. That is not the aim.

I start off rolling my muscles on a ball and with a foam roller to loosen them off and get rid of knots (which often hurts!). I then move onto squats, lunges, leg curls, step ups interspersed with a few lat pull downs and chest presses. Yes my legs get a bit wobbly and even hurt a bit but at the time it is never that bad.

It would appear that the break of 2 weeks was just a bit too much for the legs. There is a part of me that likes the ache as I know that I have done something good but I have to admit to being a bit embarrassed as I hobbled and moaned around on Sunday! 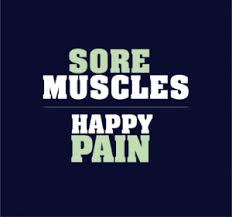 I was even still stiff on Monday but did manage a gentle jog, which was just as well as I saw this lovely sunset:

Sunset over the cornfield.